My name is Steven, I was born in 1968 and grew up in Switzerland, where I am still living now. Since 1999 I’m married with Beatrice, the greatest wife on earth. Unfortunately, we don’t have children, but four cats who behave like childs sometimes! 🙂

As my first profession I have worked as a commercial employee for about 15 years. In 1998 I started the university studies to become secondary school teacher. Since 2005 I’m teaching 13 to 15 year old children in mathematics, sciences and music.

I consider myself as a Swiss citizen with Greek origin. But the reality is much more complicated.
Well, here is a little task for you:

My father’s father was Greek, from the macedonian part of Greece. My father’s mother was from Dalmatia which today belongs to Croatia. My mother’s father was from Birmingham in England. My mother’s mother was a combination between an Swiss mother, whose origin leads even somewhere in Austria, and a Swiss father who was a descendant of the French huguenots which settled in Switzerland in the 17th century after they have been persecuted by Louis XIV in France. 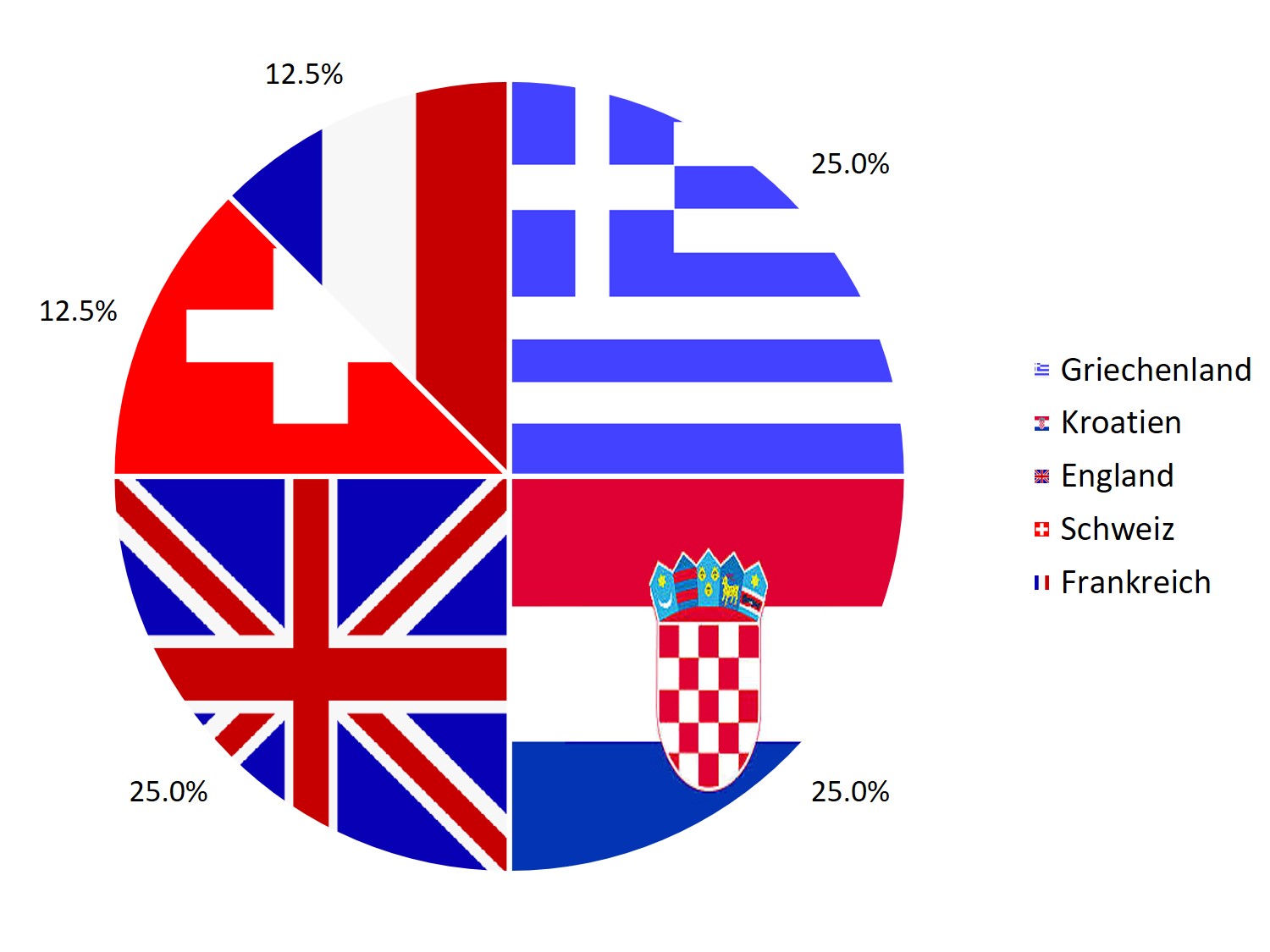 My biggest hobby as a child and adult was playing football. With the increasing age, playing got more and more difficult. Therefore, I just watch football today.
Further, I love listening to music – nearly every style, from classic to hard rock – and playing with my guitar. My favourite rock band was Dire Straits which I had the luck to see live a few times in the past.
Last, but not least, I enjoy making hiking tours in the mountains or biking around in our beautiful region.
And … guess what … I love collecting football shirts! 😉 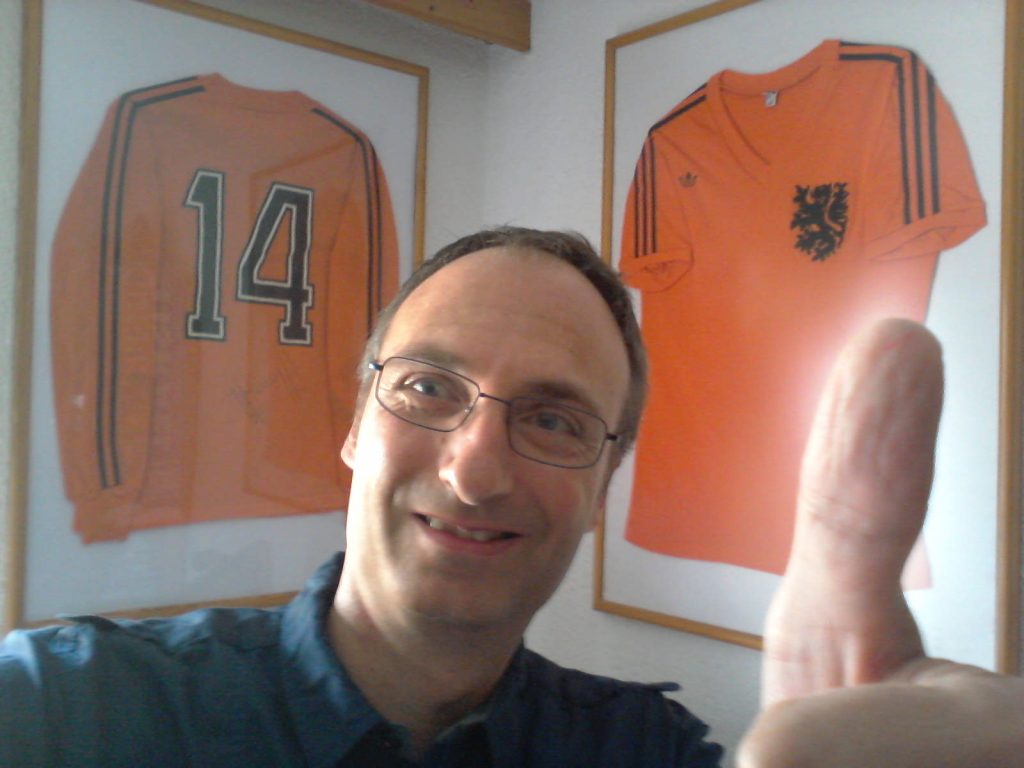